A country lost in time: Cuba

Cuba is a small Caribbean island but its colourful music and culture are known worldwide, and its standards of public education and health care are the highest in Central America. Cuba is full of mystery and passion, which makes it fascinating.

Havana is the capital of Cuba, set on a tranquil turquoise bay. Visitors can see antique street lights, colourful low-rises houses, laughing children playing and casual street performances that are a feast for the eyes.

Habana Vieja was listed in the 1980s as a world heritage site. Its famous buildings include El Capitolio (modeled after the US Capitol building in Washington DC), the baroque-style Grand Theatre and San Cristobal Cathedral. Guided tours and live demonstrations are available in the Partagas cigar factory to show visitors the process of making cigars. To learn more about Cuba's political history there is the Revolutionary Museum. Chinatown offers some not very authentic Chinese food and has very few Chinese.

Hemingway's house and the bars he frequented are must-visit places in Cuba. From high-end restaurants to local hot dog shops, fine food is everywhere in Habana Vieja. El Templete and Coppelia are favourites. The vintage car shops have some of the most complete early car collections and look like small museums. There are hardly any modern cars in Cuba is as if time has stood still.

Transportation: From Hong Kong one generally transits in Canada or Mexico en route.

Currency: The peso is the local currency but CUCs (convertible pesos) are accepted in the tourist areas. There is a fee for exchanging US dollars for CUCs so it is advisable to take euros or another currency.

Climate: Tropical. The rainy season is from May to October.

by Yanyu, winner of the second Young Writers’ Debut competition 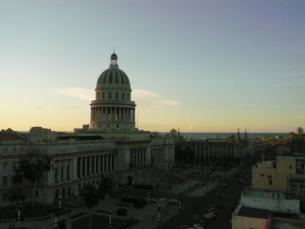 El Capitolio modelled after the US Capitol building in Washington DC 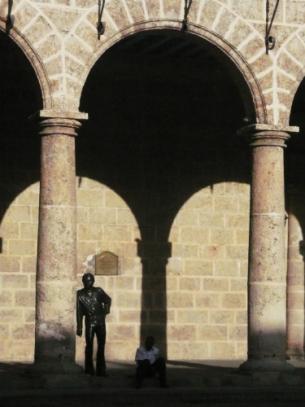 A corner in Habana Vieja, a cradle of literature, thought and inspiration 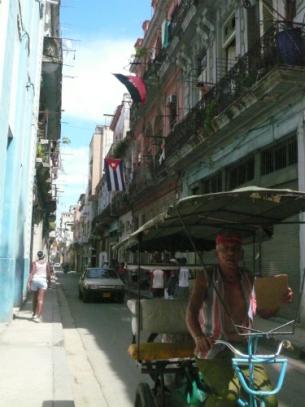 Rickshaws are a major means of transport to reduce oil consumption

Happy Cuban children get free education provided by the state 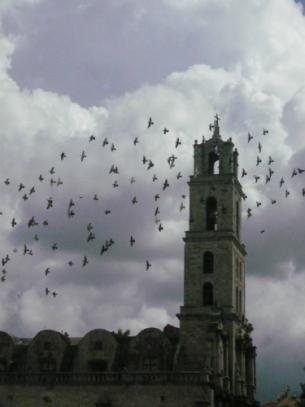 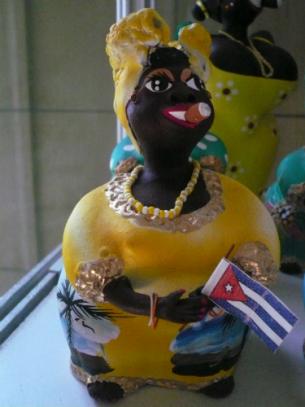 Cigar-biting dolls dancing the Rumba reflect the passion for life

Try the famous Cuban rum-based mojito at the Havana Club