Love in SHKP Tour of the Royal Park Hotel 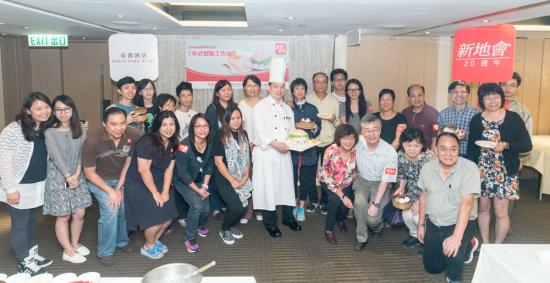 The final Love in SHKP Tour this year was the Royal Park Chinese Dessert workshop and hotel visit in mid November. Participants were bubbling with enthusiasm for the tour and had a lot of fun.

Members and relatives in the Chinese Dessert workshop were rapt as the Royal Park's Executive Chinese Chef showed how to make mango rice dumplings and Chinese birthday buns. Many participants realized that making birthday buns was easier than they thought and were keen to try making their own for a future family birthday. Hotel staff took participants on a tour of the various facilities like the gym and Chinese and Western restaurants after the workshop, and they described the experience of hosting Olympic equestrian athletes and support teams from all over the world in 2008. 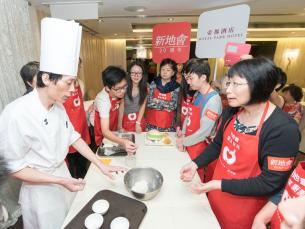 Members listen closely to the chef 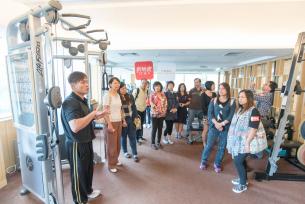 Members learn about different fitness facilities in the hotel gym