SHKP is developing a number of residential projects in Zhongshan, Guangzhou and Dongguan in southern China so more people can enjoy a unique and quality living.

The Woodland is a large, low-density residential project being developed in phases in Zhongshan. Homeowners are currently taking possession of 4C phase named COLOR LANE. A few special units of about 240 to 370 square metres (about 2,580 to 3,980 square feet) are still available. The Woodland is about a 15-minute drive from Zhongshan Port and the Shiqi city centre, and it takes approximately 40 minutes from the Zhongshan North station along the Guangzhou-Zhuhai intercity rail to reach Guangzhou.

Park Royale in the Huadu district of Guangzhou has 500,000 square feet of gardens under a blue sky, complemented by a primary school and kindergarten that are popular with young families. Phase 2A called Royal Green has been on the market since the end of last year and homeowners are due to take possession in the third quarter of 2017. The Huadu Square station along the nearby Guangzhou Metro Line 9 is expected to open around the same time, so the travelling time between Huadu district and Tianhe city centre will take about 50 minutes.

Premium Forest Hills set for the market next year

Forest Hills is a mixed development in the high-end commercial / residential core of the Tianhe district of Guangzhou with seven blocks of luxury flats and a grade-A office tower. The seventh residential tower will go on the market next year. All the units are over 300 square metres (over 3,220 square feet) and have four bedrooms. The project should be ready for delivery in the first quarter of 2018. Forest Hills is in proximity to the Guangzhou Dong Station at the start of Guangzhou's central axis so residents will be able to take intercity through train from Guangzhou to Hong Kong.

Grand Waterfront within an hour of the Pearl River Delta

The residential units at Phase 1A of Grand Waterfront in the Shilong new town centre in Dongguan were handed over in the third quarter of 2016 and won high praise from buyers for the quality. The project is a ten-minute drive from Dongguan Rail Line 2 to Dongcheng, Nancheng and other bustling business centres in Dongguan and supported by transport connections to various cities in the Pearl River Delta Region. It will have a direct connection to Hung Hom in Hong Kong in the future so residents in Guangzhou will just be an hour away. 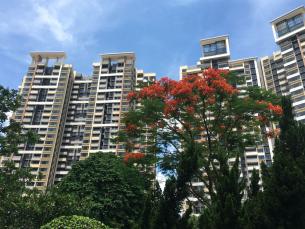 Phase 4C of The Woodland in Zhongshan 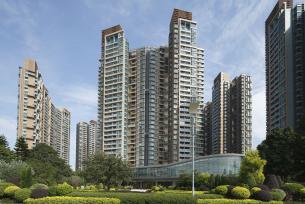 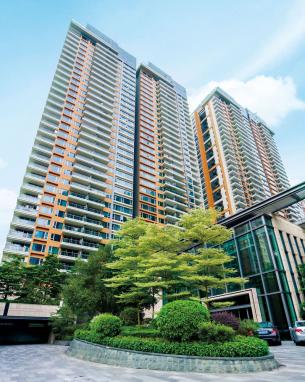 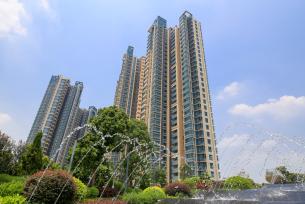 Phase 1A of Grand Waterfront in Dongguan