The Tien-yow Jeme Civil Engineering Prize is the highest honour in mainland civil engineering for outstanding projects with technological innovation and application. ICC was the only Hong Kong winner this year and just the seventh Hong Kong project to win one of the awards since they began in 1999. Past winners include SHKP's Two International Finance Centre and Route 3.

ICC was voted one of the Ten Hong Kong People Engineering Wonders in the 21st Century by the public at Engineering Week 2013 organized by the Hong Kong Institute of Engineers. It was the only building and private development to win. The Asia Pacific Property Awards in the International Property Awards recognize exceptional real estate projects and are decided on by over 50 professional judges. 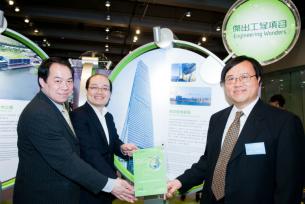 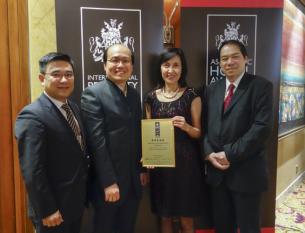