New units at The Woodland in Zhongshan on the market soon

The Woodland in Zhongshan is a major residential project being developed by SHKP in phases. With refined architecture and an enchanting environment, the project has been popular with buyers since it went on the market. Another phase of units will be released early this year to meet demand.

One- to five-bedroom units

The Woodland is a large, low-density residential development built around an artificial lake and garden in Zhongshan. Convenient transport means that is only about a 15-minute drive from Zhongshan Port and the Shiqi city centre. Residents can also head to Guangzhou from the Zhongshan North station on the Guangzhou – Zhuhai Intercity Rail in about 40 minutes. Owners finished taking possession of the 4B Woodland Rose Garden phase in 2014 and gave positive feedback on its landscaping. The coming release of some 780 units in the centre of the project will range from one to five bedrooms between approximately 75 and 382 square metres (about 807 square feet to 4,112 square feet) crafted to meet different owner demands.

The project is managed by SHKP subsidiary Hong Yip and residents have the benefit of leisure facilities like a clubhouse, fitness centre and swimming pool. The Woodland is just a street away from Zimaling Park; the largest in Guangdong covering about 88 hectares. The area is also a centre for the local administration so the project is close to many major government departments and banks. The Woodland is surrounded by major culture, recreation and sporting facilities such as the Zhongshan Culture & Art Center, Xingzhong Stadium, Zhongshan Expo Center, Zimaling Park and Sun Yat-Sen Library. Residents are additionally within easy walking distance of large supermarkets, shopping malls and banks. The noted Zhongshan Shiqi Central Primary School and local kindergartens also offer quality education for students.

The photographs, images, drawings or sketches shown in this advertisement/promotional material represent the artist's imaginative impression of the development concerned only. They are not drawn to scale and/or may have been edited and processed with computerized imaging techniques. 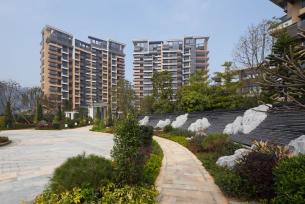 Owners have taken possession of the 4B Woodland Rose Garden phase 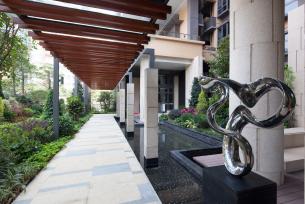 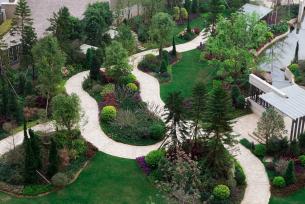