The 'SHKP Vertical Run for Charity – Race to Hong Kong ICC' on 7 December had nearly 1,200 vertical running enthusiasts from 35 countries or regions took on the challenge. Race proceeds will go to The Community Chest of Hong Kong to support youth and child services.

A day for runners and families

The 'Race to Hong Kong ICC' was the grand finale of the 2014 Vertical World Circuit (VWC) and saw world-class athletes vying for the championship. Piotr Lobodzinski from Poland took the men's title and Suzy Walsham from Australia won the women's race in VWC. The year's event included four categories: Elite, Relay, Individual and Fun Climb. Children aged 10 or above could join Fun Climb B to taste a mini vertical run with their parents ascending 21 floors up. There was an outdoor activity area comprising Fun Zone, Fitness Zone, Reading Zone and Photo Zone, which was set for runners and their families. Games like Fun Sumo, Roller Slide, Rigamajig and Air Slammers were provided at Fun Zone for contestants to enjoy a healthy family time with their families. 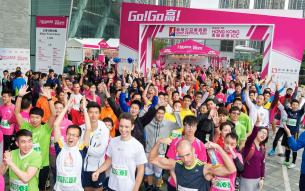 High-spirited participants to try their endurance and perseverance 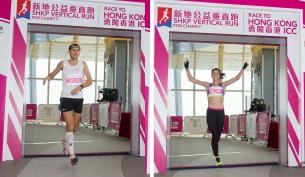 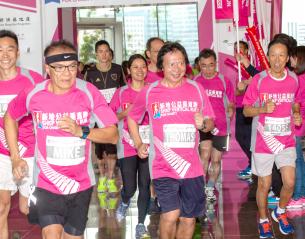 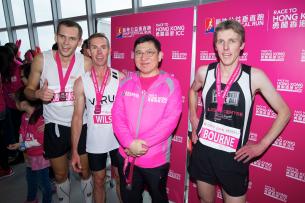 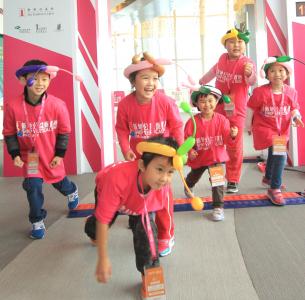