SHKP is now selling Mount Monet at Park Royale in Huadu District of Guangzhou and Woodland Rose Garden at The Woodland in the Eastern District of Zhongshan. Both projects have been well-received.

Park Royale is a large residential project that SHKP is building in Guangzhou. The Monet Garden phase that went on sale last year was well received, and when the Mount Monet phase went on the market in April this year, 300 units were eagerly taken on the first day. The response clearly demonstrates mainland buyers' high confidence in SHKP's brand and the quality of its developments.

Mount Monet consists of towers 4 to 8 in Park Royale. There are 861 units ranging from 530 to 1,980 square feet, flats from studios to four-bedroom with en-suite. Around 70% of the units are smaller than 1,000 square feet to appeal to young urbanites looking for a lush green living environment. Every unit will have an in-house garden and a large balcony offering a sense of spaciousness. Some units will have double-height ceilings of 6.3 metres. There is also a 500,000-square-foot landscaped area designed after the Monet Garden in France.

The Woodland is a low-density joint-venture project in Zhongshan. Blocks 51 to 58 of The Woodland Rose Garden, phase 4B was offered for sale in two releases. The first was handed over in February and the second offered for sale in March. The second batch has 423 units ranging from 1,270 to 4,680 square feet. Flats include three bedrooms with en-suite and four bedrooms with two en-suites. Special units are also available. Over 80% of the units have been sold.

Most units in the second release have large balconies and in-house gardens. The 4,000-square-foot Cheteau Renown duplex has a master bedroom of nearly 430 square feet and a balcony of over 160 square feet. It also has a living / dining room with a double-height ceiling of 6.3 metres and a spacious 1,290-square-foot terrace with a private lift for additional prestige.

The photographs, images, drawings or sketches shown in this advertisement/promotional material represent the artist's imaginative impression of the development concerned only. They are not drawn to scale and/or may have been edited and processed with computerized imaging techniques. 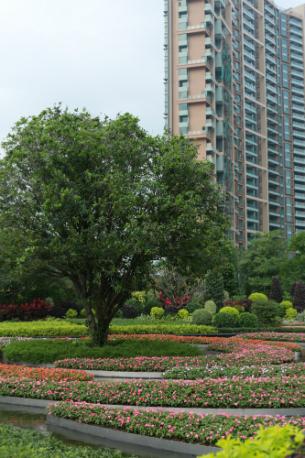 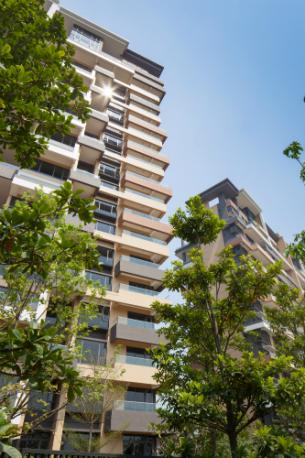 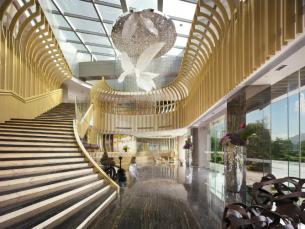