The renowned Stonehenge is one of the must-see attractions when visiting the United Kingdom. Not far from it, its sister group of stones, the Avebury stone circle, sits quietly amidst the tranquility of a small village, enjoying the occasional touch by visitors.

The charm of ancient megaliths

If you take the train from London, you will arrive at Swindon, a southeastern town in England, in over an hour. After that, take a bus for about half an hour and you’ll get to an authentic small bar called Red Lion. Not far behind the bar is the Avebury stone circle from the New Stone Age. Like the Stonehenge, it is also a World Heritage Site with quite a lot of visitors. What's different is that Stonehenge can only be viewed from a distance while the Avebury is much more approachable: you can see sheep foraging on the field where the giant boulders stand, or enjoy with other visitors the shades created by the stones; you can even hug the boulders and feel their penetrating coldness, or put your ear to a boulder and listen to its story of the last thousands of years.

In the surrounds of the stone circle, you can spend an entire day in tranquility enjoying the scene with flocks of sheep, boulders, pastures and passing clouds. Occasionally, you’ll even see believers of the natural forces chant and pray around the boulders. When you are tired, you can enjoy authentic local cuisine at nearby restaurants to recharge your body before visiting the Alexander Keiller Museum: The archaeologist discovered the stone circles in the 1930s. At the museum, you’ll find the secret to constructing the stone circle and the archaeological discoveries around the site. Don't miss it!

A few years ago, the National Trust, UK’s largest conservation organization, collaborated with the BBC and revamped the historical Avebury Manor. Inspired from the different eras and backgrounds which its line of owners belong to, the project has made this old building alive again. Each room is refurbished to showcase the style of a different historical period, such as that of Tudor, Jacobean, Georgian and Victorian. When you wander from room to room, it feels like taking a walk from 15th to 19th Century England. There is no barrier fence to block visitors from touching the furniture, and children can even try cooking in the kitchen!

Before hopping on a train back to London, why not visit the outlet village that was converted from a train factory and the steam train museum next to it in Swindon? You will also fall in love for sure with the gift shop at the National Trust headquarters offering fashion accessories, English floral decorations and festive decorations.

Transport: Direct flights are available from Hong Kong to London. From London, take the train to Swindon, then either drive or take the 49 bus to Avebury, which is a 45-minute journey.
Currency: Pound Sterling
Climate: Avebury is located in southeastern England. The climate in October is mild, with the temperature ranging from 10 to 20 degrees Celsius.
Website about Avebury: www.nationaltrust.org.uk/avebury 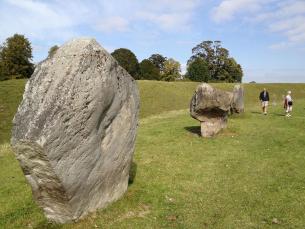 Visitors are welcome to touch the boulders at Avebury 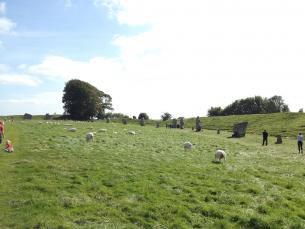 Sheep freely roaming and basking under the sun 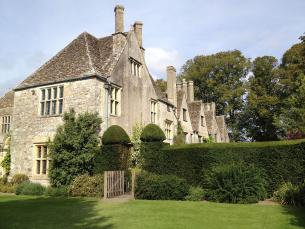 The Avebury Manor is a historical mansion in England 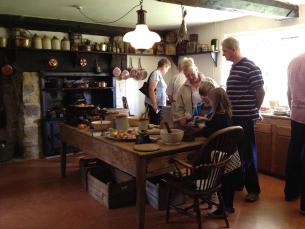 Children can try cooking in the kitchen of the Avebury Manor 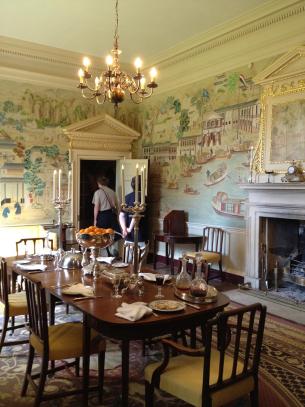 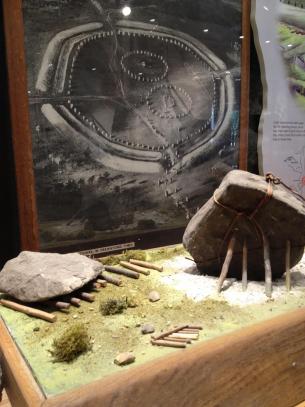