Embark on your summer holidays at SHKP malls

SHKP's New Town Plaza in Shatin, apm in Kwun Tong, wtc more in Causeway Bay and V city in Tuen Mun are introducing various kinds of exciting activities and bringing you lots of surprises this summer!

Join pre-school animation character Peppa Pig as it embarks on its journey into the wild at the Peppa Pig@New Town Plaza event! Children will be able to explore the simulated island built at the mall's premises as well as participate in the 'Child vs Wild' survival training courses with adults to nurture their perseverance, resilience and problem-solving abilities. In addition, the children can participate in the Peppa Pig Cupcake workshop specially organized by the mall and Royal Park Hotel to learn how to bake 3D Peppa Pig cupcakes.

The apm is now characterized by the summer theme 'Energizing apm with Romero Britto Pop Art'. Using the Pyramid Museum as the venue, the event will showcase masterpieces by renowned pop artist Romero Britto, of which the 5-metre tall 'Princess The Cat' and 'Royalty The Beagle' art installations, and portraits of international celebrities are the most eye-catching. As if to bring the atmosphere of Hong Kong Book Fair to Kowloon East, an 'apm Late Night Book Fair' will be hosted during 18-24 August. More than 100,000 books in the trend will be displayed during the late night book fair. Selected titles will also be on sale daily with discounts as much as 90% after 9pm.

Endorse the simplicity of Japanese fashion brands at wtc more

To bring forward a slow pace of life and leisurely living spaces before shoppers, wtc more is collaborating with the popular Japanese fashion brand niko and … to launch the 'Summer Slow House' this summer. Shoppers are able to find the latest and most trendy Japanese apparel and household goods at the pop-up store to boost their personal image and living tastes and to enjoy a simpler, more natural style this summer!

To celebrate V city's first anniversary, the mall will be holding a 'V city x BOO Summer Fun' event at the MTR level atrium. BOO, the world's cutest dog has garnered 140 millions of worldwide fans on the social networking site Facebook. Fans can now visit their favourite character in four lovely settings at the mall. Be sure to catch BOO and join V city's first anniversary birthday party! Come to see BOO on the Ferris wheel and join BOO's adventures on the mountains and in the sea! 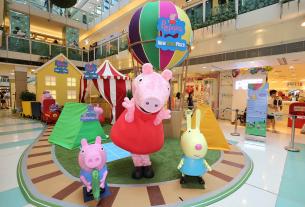 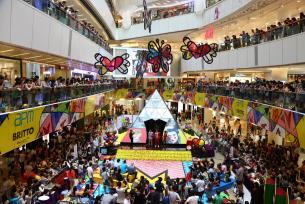 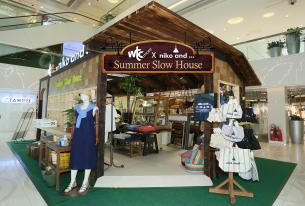 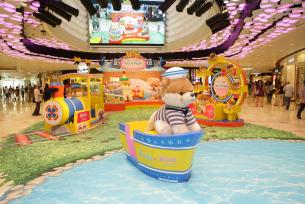