The beautiful hometown of navigators: Lisbon

Portugal had once connected different cultures of the world with its sea voyages. Located at the border of Europe, this small country offers tourists a profound travel experience with its rich and unique maritime culture, folk music and local literature.

Whether it's the mosaics on the ground or the blue tile surfaces of buildings, you can feel the vibes of Lisbon's glorious past as you tour through this ancient city on its tram lines that stretch over seven hills. As the venue for municipal exhibitions and events, Praça do Comércio stands like Lisbon's gate to the nautical world. Maritime forms a vital part in the history of Portugal. This is also the reason why Torre de Belém, the coast fortress which was responsible for guarding the coast, has been preserved. A huge nautical monument known as the 'Monumento das Descobertas' has since been built as a landmark. Be sure to go back 600 years in history and witness the courage and adventurous spirit of ancient navigators as you stand before the monument to embrace the sea breeze and catch a whiff of the unique ocean smell.

Songs that tug your heart strings

Although the maritime industry is a lucrative business, the sailors' job is one of high risk. As more and more people come to experience homesickness and the illusion of fate, Fado ('fate' in Portuguese) was born as a form of folk music which people used to express their longing for a person whom they may never see again, a relationship that's gone forever, or an event that is unlikely to happen. Today, there are still many restaurants in Bairro Alto or Alfama that hold performances of this century old poignant Fado music throughout the night, which makes it all the more worth visiting.

Stay at a palace-turned hotel

To enjoy the most beautiful views of Lisbon's ancient city, be sure to stay at the Palácio Belmonte hotel in Alfama. Converted from an old palace, the hotel has since gone through careful restorations and named as a cultural heritage of Portugal. The rates of the hotel, ranging from about 300 to 2,500 euros, may seem pricey at first but everything is worth the price as you admire the splendid views of the harbour and the old town of Lisbon from the open-air terrace while Michelin-class traditional Portuguese cuisine and Porto wine are on your doorstep.

Outside the A Brasileira café in the Baixa district stands the bronze statue of Portugal modern poet, Fernando Pessoa. Throughout his life, Pessoa pursued his literary career leading an impoverished life. It is only after his death that people found a large number of unpublished and unfinished manuscripts. These works have since been re-organised into a prolific collection of literary pieces yet to be solved. Today, his former residence at Rua Coelho da Rocha, 16, Campo de Ourique has been converted into a library in order to promote reading. Visitors can catch a glimpse of the old desk which he sat at to churn out great pieces of works.

Transport: No direct flight is available. Visitors should fly from Hong Kong to the largest cities of Europe and board a connecting flight to Lisbon.
Currency: Euro
Itinerary: Monumento das Descobertas, Torre de Belém, Casa de Fernando Pessoa, Museu Nacional de Arqueologia, Bairro Alto, Alfama, Sintra, Évora.
Climate: Due to the Mediterranean climate, there is a noticeable temperature difference between the morning and evening. Summer is hot and dry.
Website of Turismo de Lisboa: www.visitlisboa.com 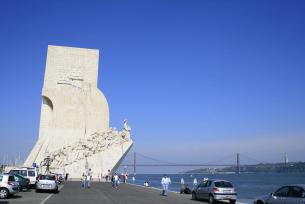 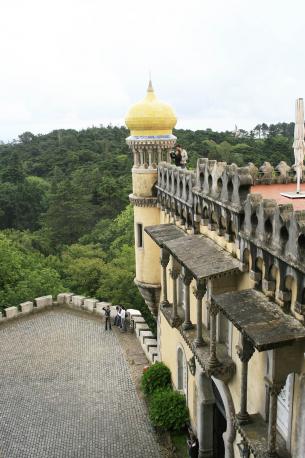 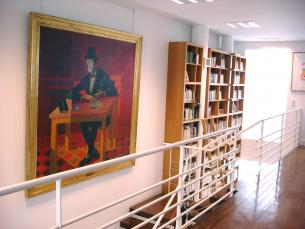