SHKP has been praised lately by a number of organizations for its corporate governance and charity work.

SHKP recently was named an Asia's Icon on Corporate Governance; the highest accolade in the Corporate Governance Asia Recognition Awards. The annual recognition awards are given based on quality of management, business model, growth prospects, financial performance and industry position. The magazine tallied up the performance of the companies that made the honour rolls in the past ten annual awards and gave those that consistently won the highest accolade by naming them icons of corporate governance.

SHKP supports Community Chest of Hong Kong events like the Corporate Challenge, Corporate and Employee Contribution Programme and Walks for Millions. It also teamed up with the Chest in 2012 to hold the first Race to ICC-100 - SHKP Vertical Run at SHKP's landmark International Commerce Centre. The Community Chest recently gave SHKP a 2012/13 Second Top Donor award for its commitment to corporate social responsibility and social service. 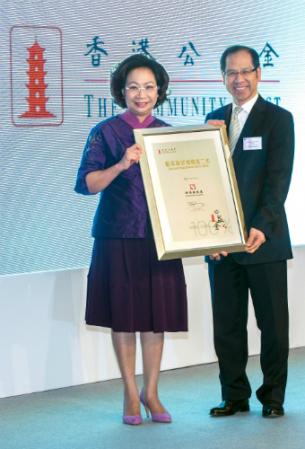