Full slate of culture in July

SHKP has a full slate of cultural events this summer including talks in SHKP malls and having noted cultural figures discuss creative ideas with the public. It additionally sponsored over 1,000 underprivileged children to visit the Book Fair for the sixth consecutive year and the put on the major Pure Land: Inside the Mogao Grottoes at Dunhuang 3D exhibition at the Book Fair to let people see the ancient wisdom and Dunhuang civilisation in a new way.

SHKP Deputy Managing Director Victor Lui previously attended the opening of the Read To Dream programme. This is the sixth consecutive year that SHKP sponsored over 1,000 children to visit the Book Fair and purchase books. Nearly 70% of the children were at the Fair for the first time. They were accompanied by SHKP volunteers and chose books in a rewarding time. The opening ceremony also had an award presentation for winners of the Ideal Hong Kong – My Home competition. The winning students described their visions of green living and harmonious personal relationships in words and pictures.

One big attraction at the Book Fair this year was the Pure Land: Inside the Mogao Grottoes at Dunhuang 3D exhibition sponsored by SHKP. The project involved 30 experts taking 7,000-plus high-resolution laser images of the Mogao Caves over a six-month period. The advanced virtual-reality technology immerses visitors in a 360-degree projection theatre that is like being inside Cave 220 and vividly seeing the Eastern Pure Land mural on the north wall. The SHKP Club also arranged for Star members to attend the exhibition and some members took their children to feel the charm of Dunhuang together.

SHKP Deputy Managing Director Mike Wong recently attended a press conference to announce the 2013 SHKP Reading Index. A survey was conducted in May this year to analyse Hong Kong people's reading habits, their views about reading and the overall reading culture in Hong Kong. The index shows that e-books have been growing in popularity and that there has been growth in both the time spent on reading and the number of books read in Hong Kong. Respondents welcomed the business community to help promote reading, which affirms SHKP's efforts through the SHKP Book Club over the years. 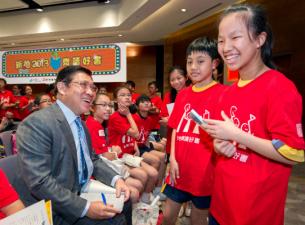 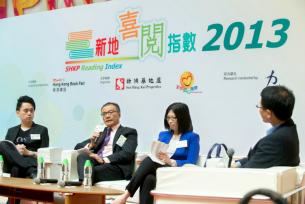 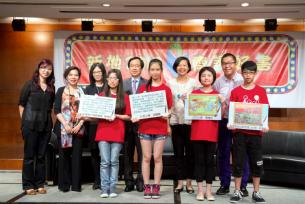 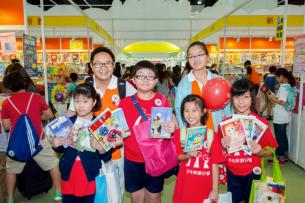 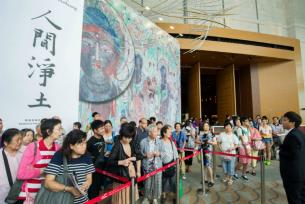 Big crowds for the Pure Land: Inside the Mogao Grottoes at Dunhuang 3D exhibition