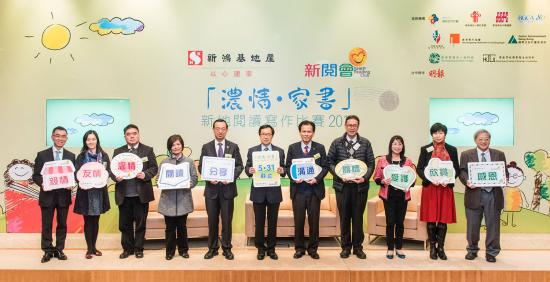 Writers turn their thoughts and emotions into literature that connects them with people. Two recent major SHKP Reading Club events encourage people to record the pulse of life and add to the scope of Hong Kong literature.

Love between the lines

Reading brings knowledge and cultivates the mind, and people can take part in a genuine exchange between generations by turning their thoughts on reading into family letters. Entries to the biennial 'A Letter to My Family' SHKP Book Review Competition are now being accepted. Pick any book – including one of the 20 recommended by the organizers – and submit a review in the form of a letter to family. Use the chance to express care and affection and get closer to those around you including parents, teachers and friends! Click here for details.

SHKP has helped many talented aspiring authors realize their dreams with biennial Young Writers' Debut Competitions since 2006. A new 2016/17 competition has begun for writers who have never got into print individually, to encourage creativity from people aged 35 or below. This competition is open for entries by two authors working together as well as individuals, to spread a culture of creative writing in Hong Kong. Seminars will be held in the coming months with judges and past winners speaking about producing their works, and shortlisted candidates will join workshops to complete books with guidance from judges. Winners will have their books appear at next year's Hong Kong Book Fair in July. Visit the Young Writers' Debut Competition facebook page for details. 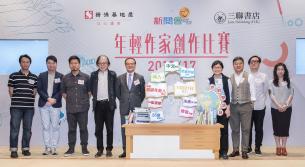